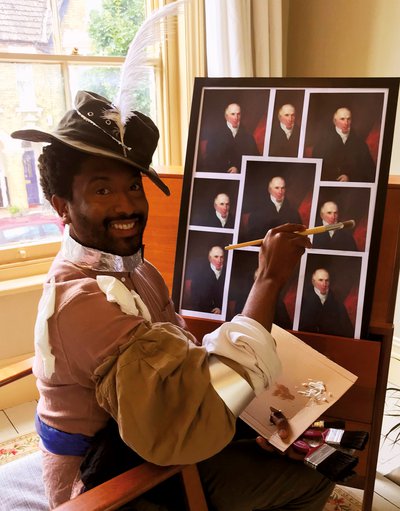 This rare early modern depiction of a Black artist features a beautifully dressed painter in the final stages of completing a portrait. Small details complicate their identity. The metal collar and shackle explicitly reference the iconography of slavery, while the pearl earring was a more common motif in images of Black women.

Peter’s restaging shows himself painting his ancestor’s image. The man in question is Henry W. Grasett, a nineteenth-century surgeon who served in the West Indies and became Surgeon in Chief in Toronto. The Grasetts arrived in Barbados around 1665.

An image like Grasett’s might seem far removed from the depiction of the anonymous painter. They are linked here by Peter’s family heritage, but they are equally part of a broader shared and diverse history. Centring the work of painting and the ‘unfinished’ portrait reminds us that identity and representation are never final or finished, but always projects in the making. 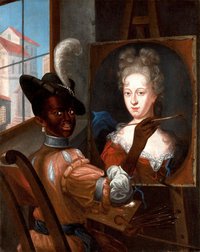 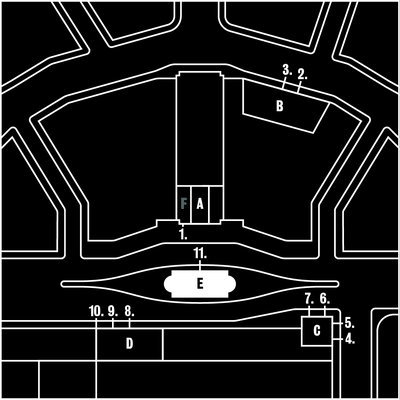