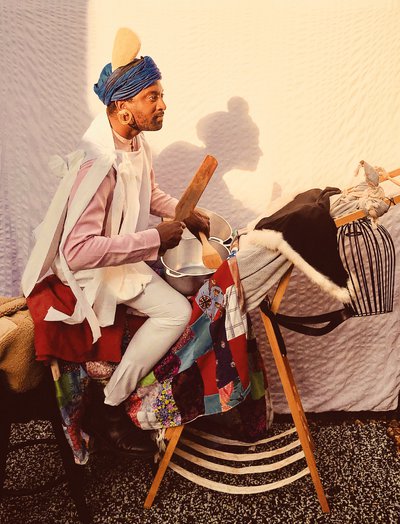 The original image of 'An African Drummer' was recorded by the Nuremberg merchant Christoph Weiditz in 1529 while he travelled through Spain.

Weiditz depicts 'An African Drummer', and the significance of his image rests partly in the occupation to which it testifies. There was a long tradition of African musicians playing at European courts and in processions such as this - Katherine of Aragon, Charles V’s aunt, famously brought Black trumpeters to England in her royal retinue.

It’s likely that Weiditz made this drawing himself, based on first hand observations from a journey he undertook accompanying Charles V through Spain. The image appeared as part of his Costume Book: a manuscript (unpublished) set of drawings that Weiditz made to illuminate the variety of dress, habits and customs of the peoples of world.

Costume books were explicitly intended to catalogue differences, and Weiditz’s notebook reminds us that recording difference was often a private and personal practice.  What constituted difference in the Renaissance? For Weiditz, piercings and featherwork, as much as skin colour or ethnicity, were what signified the drummer as interesting or exotic. 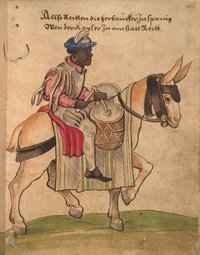 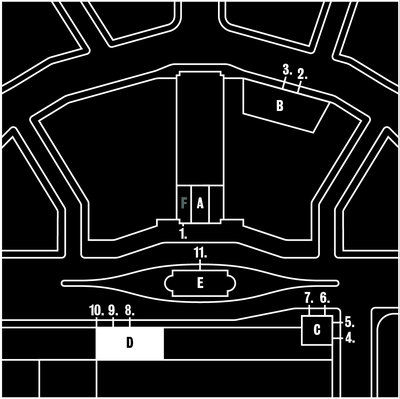